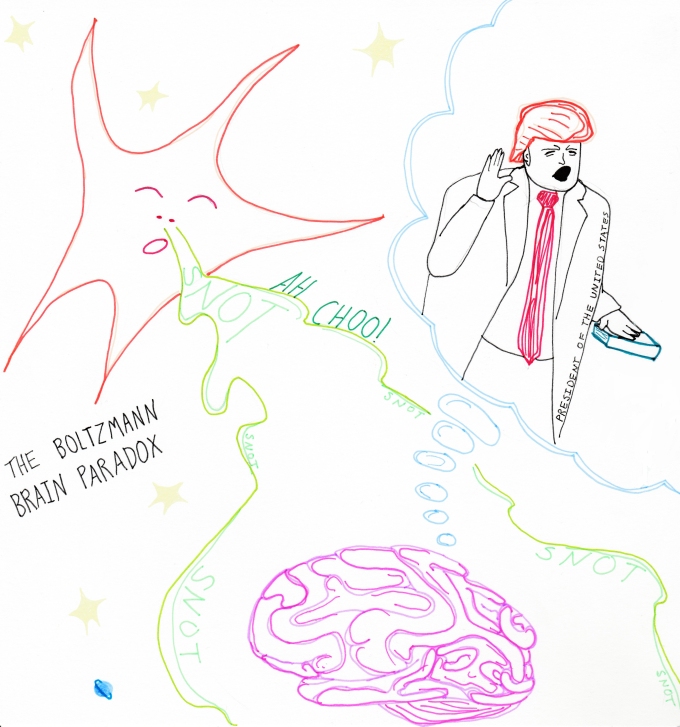 A Boltzmann brain is a hypothesized self-aware entity that arises due to random fluctuations out of a state of chaos. The idea is named for the physicist Ludwig Boltzmann (1844–1906), who advanced an idea that the Universe is observed to be in a highly improbable non-equilibrium state because only when such states randomly occur can brains exist to be aware of the Universe. The term for this idea was then coined in 2004 by Andreas Albrecht and Lorenzo Sorbo.

The Boltzmann brains concept is often stated as a physical paradox. It has also been called the “Boltzmann babies paradox”. The paradox states that if one considers the probability of our current situation as self-aware entities embedded in an organized environment versus the probability of stand-alone self-aware entities existing in a featureless thermodynamic “soup”, then the latter should be vastly more probable than the former. (Wikipedia)